The AAC Honey BadgerPDW is an assault rifle / PDW caliber .300 AAC Blackout based on the CAR-15 model produced by Advanced Armament Corporation, a subsidiary of Freedom Group. This weapon was later called Honey Badger. 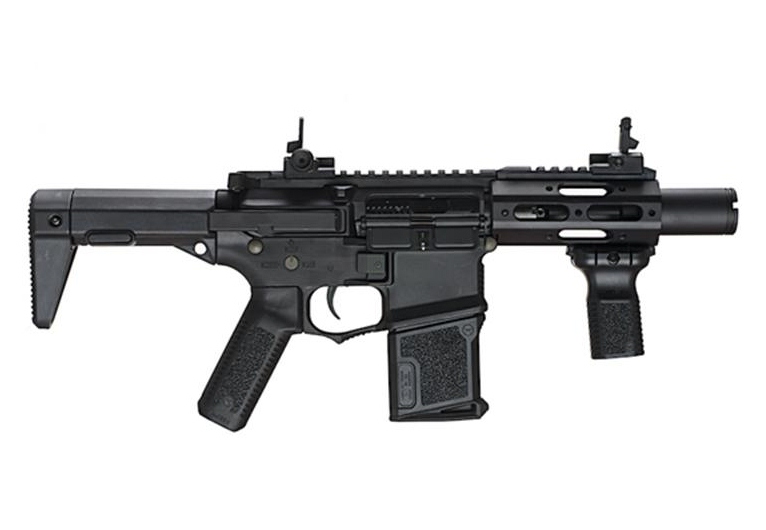 Both the rifle as the caliber used, were developed in close cooperation with American Special Operations Unit to create an effective and manageable substitute for HK MP5 and CQB weapons systems. The rifle is designed for military use as the CAR-15, also has many similarities controls fire, gun handling and chargers.

Finally, the version has arrived. A lot of people have customized their own version, but ARES are the ones who have heard and have decided to design the AM-015 is very similar to the AAC Honey Badger PDW.

This model continues the line Amoeba, the body has not changed, but they have managed to add the elegant retractable stock HB, a floating handguard and silencer protruding from the front. The handguard is shorter which makes it perfect for those who like shorter arms. 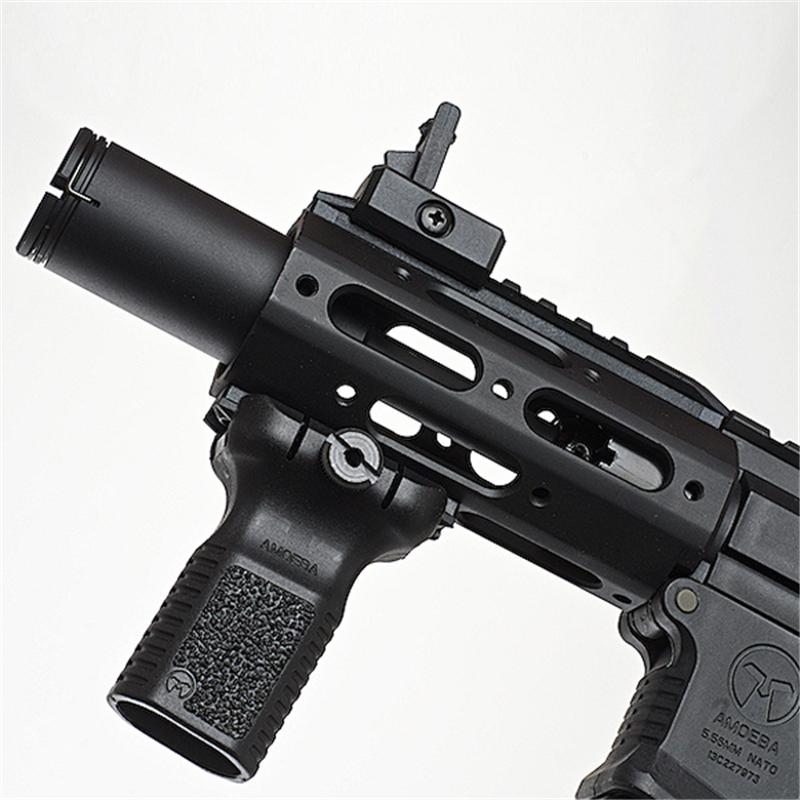 Besides this leads integrated control electronic fire ARES (programmer shooting mode sold separately) that allows you to select the shooting mode among several modes plus a MOSFET that prevents jams and damage when performing complete cycles of the gearbox for each Shooting. 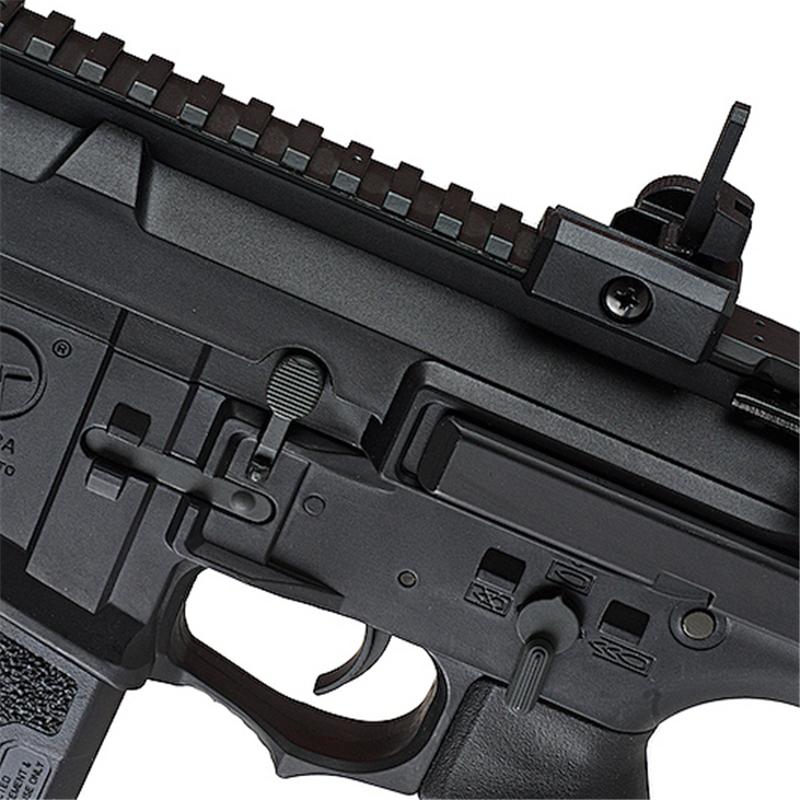 The trigger response is excellent and works even better with a 7.4 V battery model PEQ which is housed in a compartment in the butt. It is a replica with nerve, but thanks to its assembly no gaps of any kind.