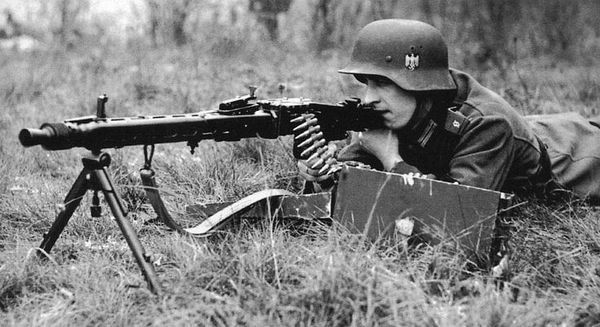 This expected replica mimics the famous Machinengewehr 42 - MG42 created in 1942 and that in the hands of the soldiers of the Third Reich struck terror into the fronts of the Second World War. It was known as "The Saw" and over time has acquired a cult status and legend. 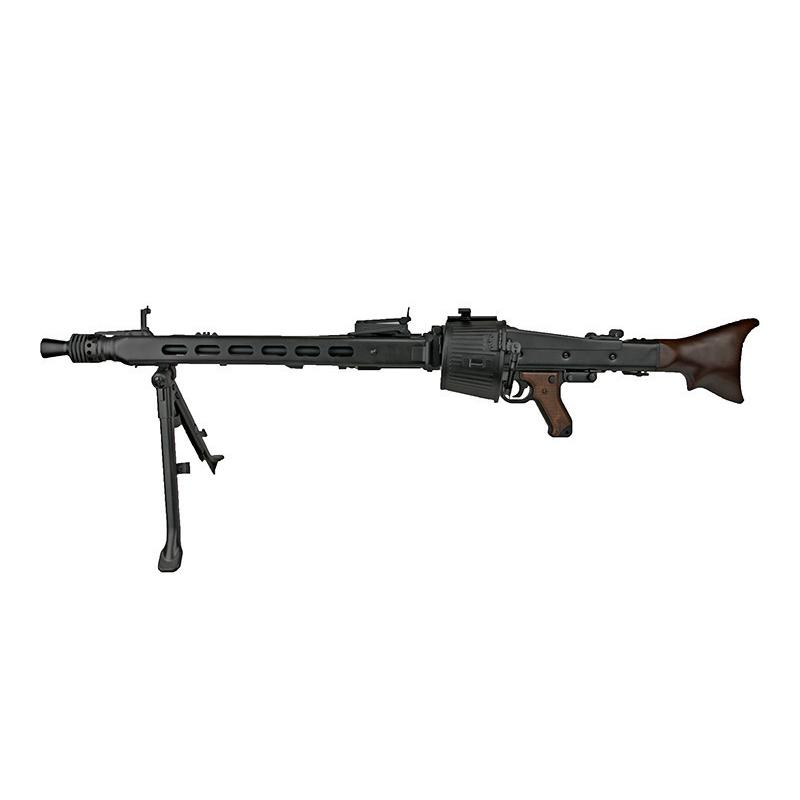 Obviously is no toy but a solid metal replica perfectly assembled with the same dimensions and details as the original. Even the weight is as close as possible, as almost reaches 7kg. The only parts that are not of metal but of polymer are the pistol grip (as in the original) and charger bbs.

The main components of the replica, like the body, the outer barrel, the barrel lid and cover the body have been made from a homogeneous alloy of zinc and aluminum. The bipod, the charger, the lever arm, the charger cover and other small details as iron sights have been made of steel.

As additional details it features a wooden stock as in the original contained inside the battery, a bipod that can be folded and secured under the barrel and a AA than the original MG42 had to be used as anti-aircraft weapon sights. In addition the replica has been painted matte black which gives it a realistic appearance. 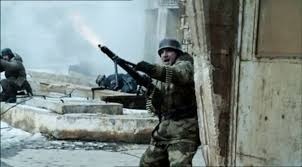 For the proper functioning of the Sierra it has been specifically designed a two-part Gearbox with quick change system dock. It also has steel gears, chrome cylinder, piston head with 8mm bearings and a large inner barrel 650mm. 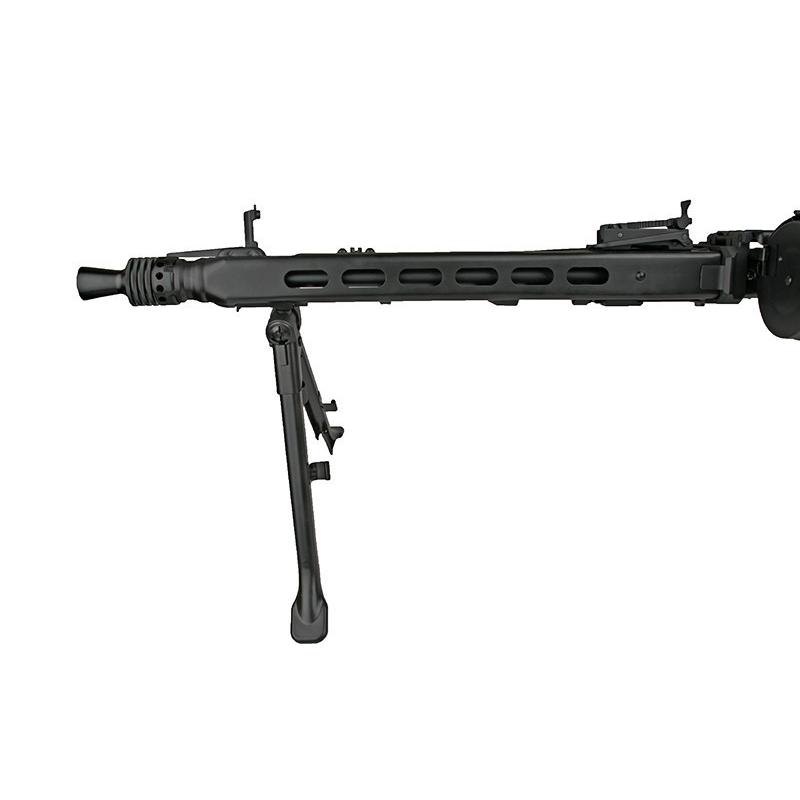 The MG42 uses a drum magazine with capacity for 2500bbs power (4 AA batteries) whose casing is made entirely of metal.