The most "tacticool" Shotguns!

Shotguns are well known as weapons and riot police, but are also very valuable as combat weapons when it comes to short-range encounters. During World War occurred the first major combat actions in which guns were used.

Airsoft shotgun model 352M manufactured by Cyma long version of the M870. The CM352M is a shotgun of 3 guns. 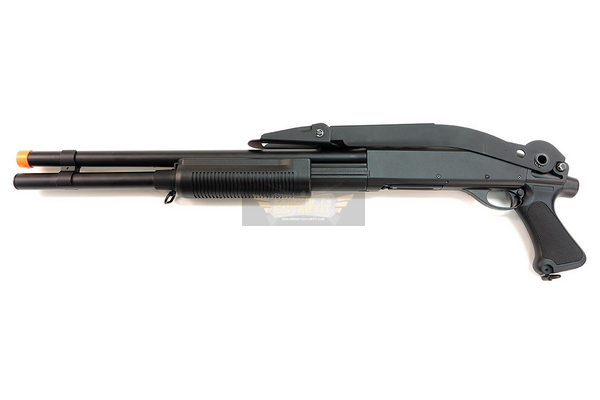 It works with 30bbs cartridges with which you can make 10 shots. It's compatible with the cartridges of double Eagle and Marui addition to Cyma.