Our friends from iWholesales (check their FB page) bring you the new WE Tech Arms - TA 2015 - GBB - SMG. So what's Iron Man doing with it? (check the video below) 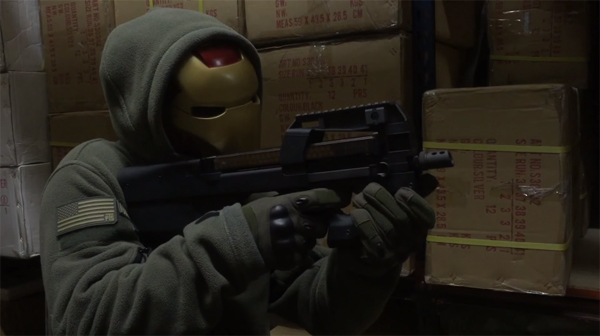 The P90 first came to the fore in the 1990's the real version was designed as a "P.D.W" a personal defence weapon that would be issued to behind the lines troops, which would give them a fighting chance if they were attacked, Why? because the P90 was designed the 5.7mm x 28mm cartridge. Some versions of which were designed to defeat body armour. The fact that the P90 had a 50 round magazine capacity meant that support & command staff would be more than well armed. Of course with these "interesting features" the P90 was also of interest to Special Forces and Law enforcement. 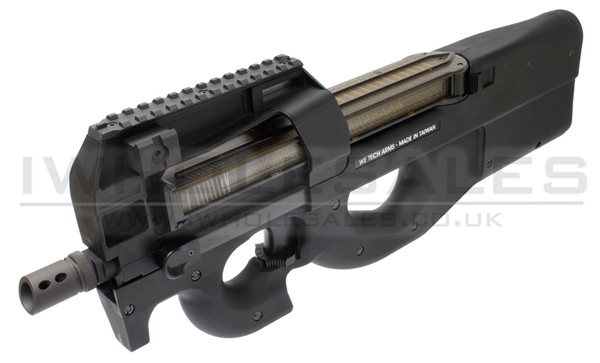 The P90 soon came to attention of Mass media, including its computer game debut in the N64 game "GoldenEye" as the "RCP-90". On television, the P90 was seen in the hands of the Stargate SG-1 team and on the silver screen it was most recently featured in the Hunger Games series.

The We Model Company airsoft Gas Blow Back T.A. 2015 is a gas blow back rifle with a top mounted semi translucent magazine. Each magazine holds 50 BB's and a large gas reservoir. The clip is carefully lowered and clipped into position and the BB's feed down into the rifle. Semi automatic or full automatic firing modes can then be selected using the ambidextrous fire selector switch below the trigger. 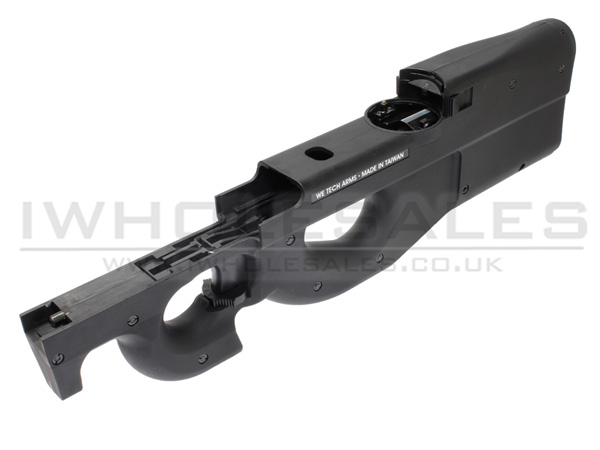 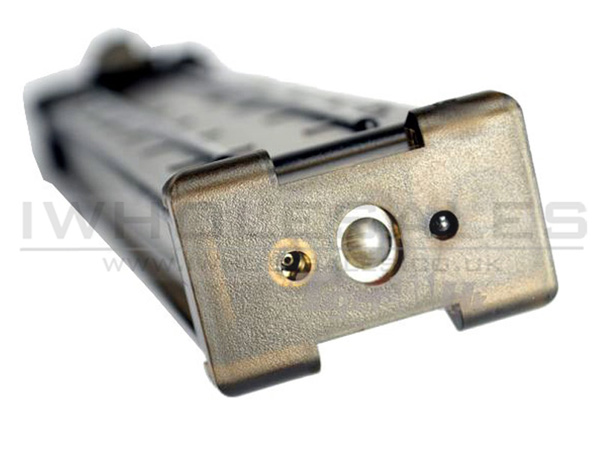