M4 with bocacha of the AK74

Airsofter swings his Avalon Saber CQB every time you have to enter a room, track enemies through the casement view and when it locates has just touching your rectum trigger before moving to the next target. Only your marksmanship will decide if he succeeds or returns to respawn. 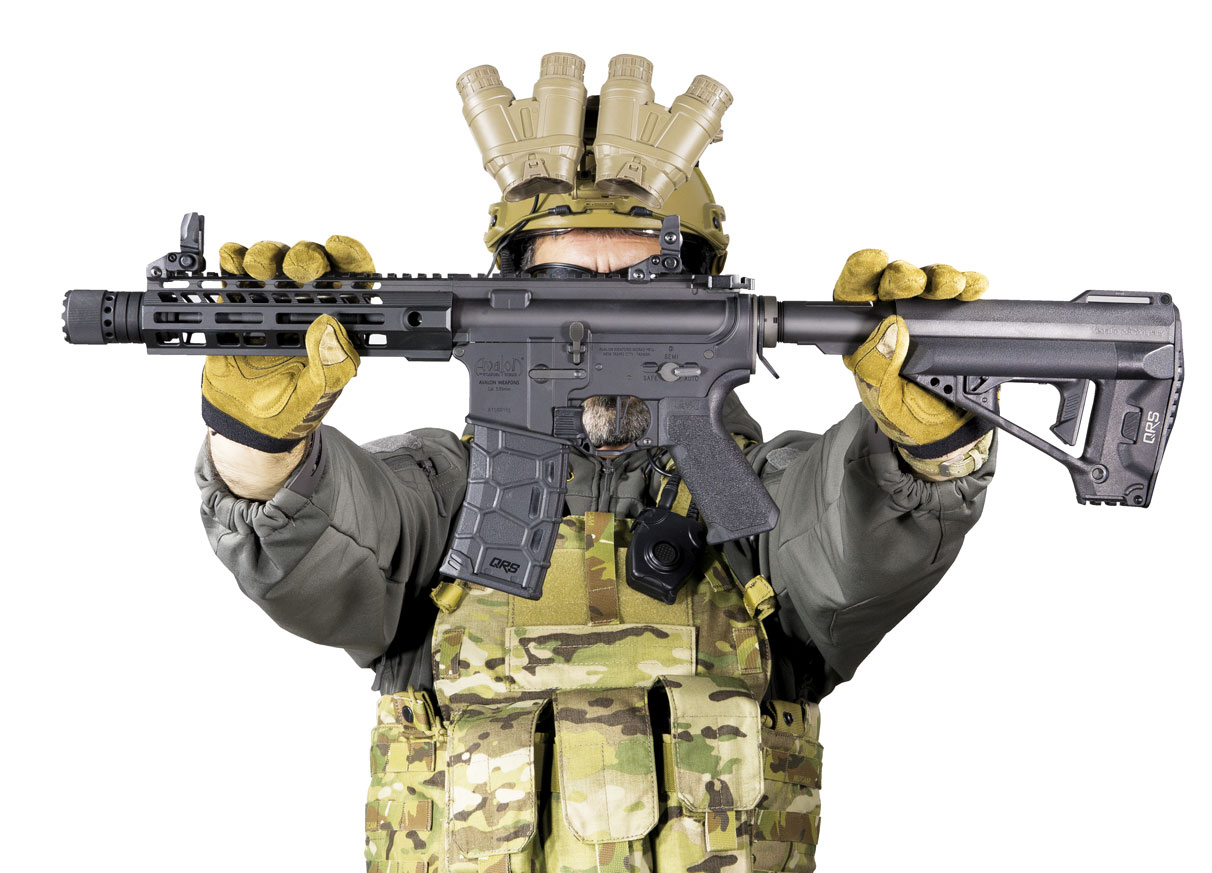 The design of the muzzle cames of the AK74 SU Blugarian Krinkov and leverages its way inside cone to cool the gases before they are mixed with outside air. This design is intended for CQB because it reduces the flashes and retreat.

The handguard takes the M-Lok system developed by Magpul MOE as an evolution of Slot System launched in 2007. It has slots in the 4-axis rails where we can install without removing the handguard. 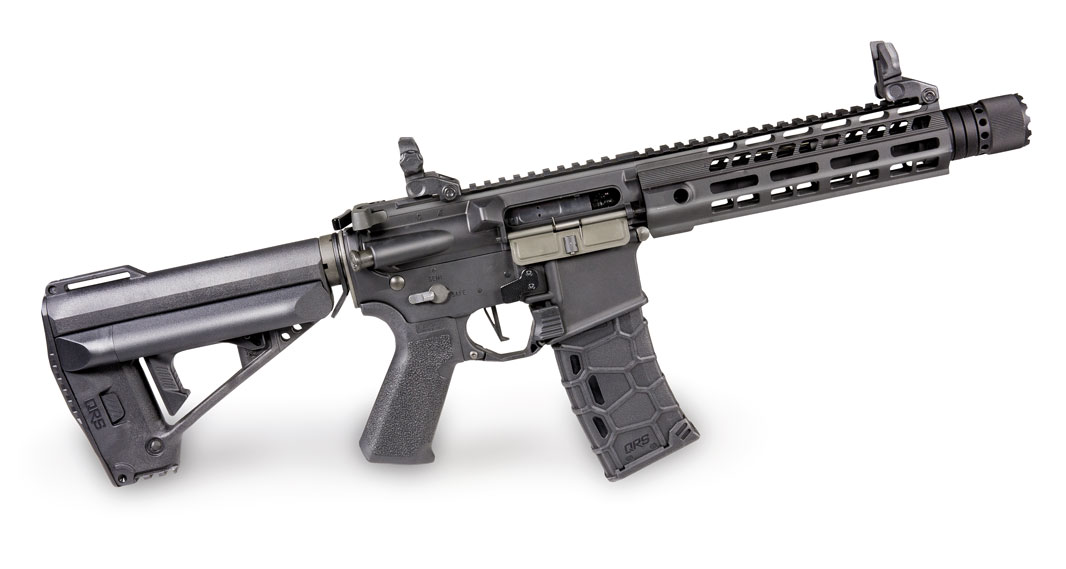 Crusader is a brand specializing in quality components we can see several pieces in this model such as:

-M4 Ambidextrous Tactical Charging Handle Latch, an element that helps us to take advantage of the functional boltcach.

-M4 extended magazine release, facilitates rapid and instinctive recharge even with gloves pesados.La main peculiarity is incorporating a more effective than a fuse when protect the electrical system and wiring internal mosfet silver. 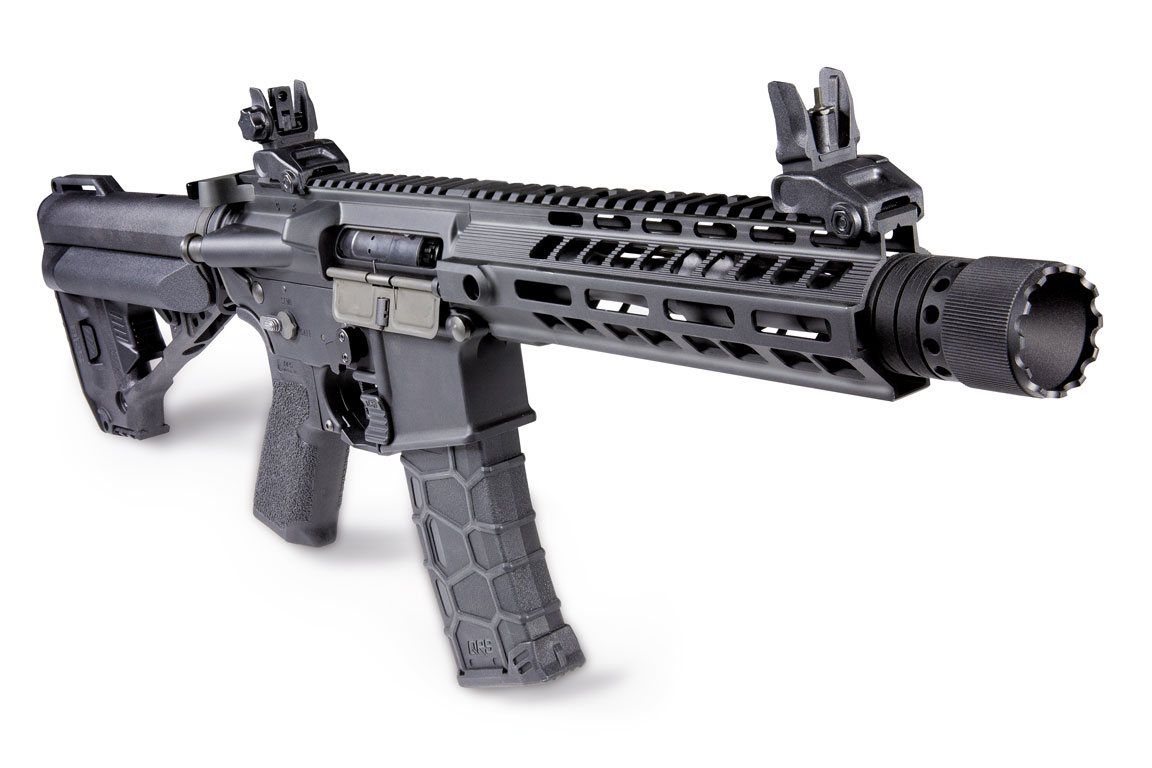 Riding a rubber Maple Leaf of 60º has a striated design for better grip on the hop-up camera. It has a longer and thinner lips with getting more air sealing engage the mouth of the nozle. 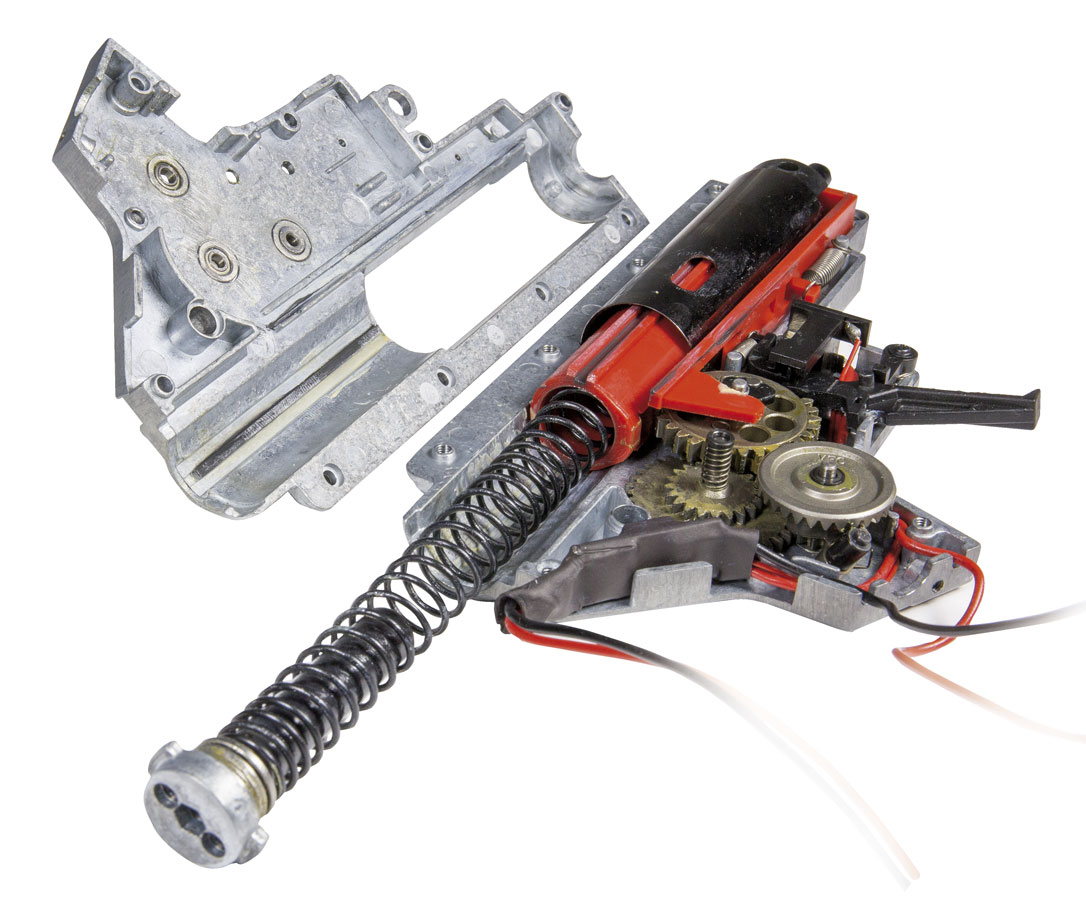 Within the gum he has a "lump" in the form of triangle when pressed by the "Maple Leaf AEG Hop Tensioner" concave cut. All together it gives an effect which increases the range 20-30% regardless of the speed at which fired our reply.