The battle that inspired a movie

The battle in the Ia Drang Valley was the first conventional battle fought US troops against the North Vietnamese Army and the main force of FNL. It was also the bloodiest to date and last in which insurgent troops took part against the Americans in a conventional manner. 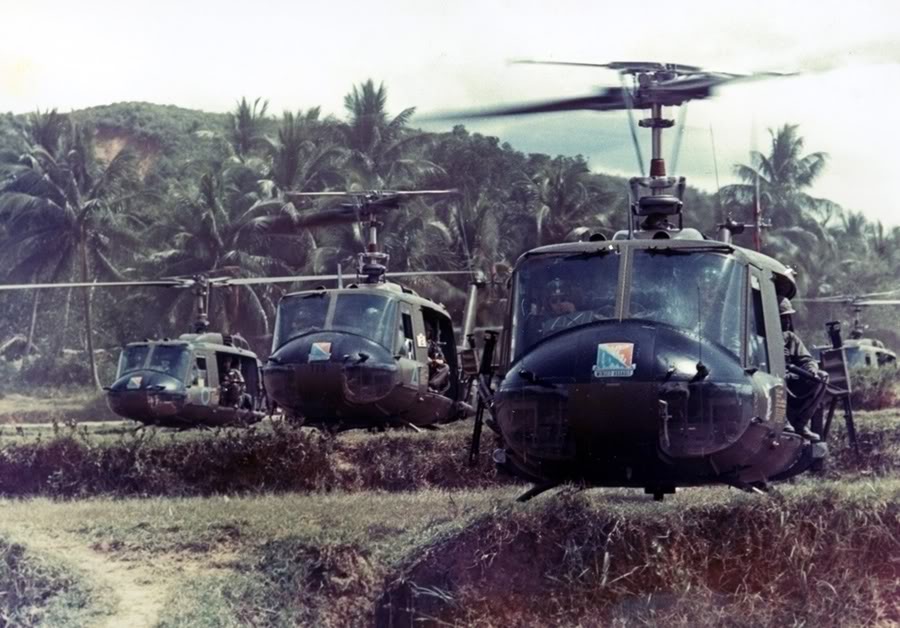 The battle was fought between ground troops with air support and artillery, as most of the battles of Vietnam. It lasted for a month recorded heavy fighting in many cases melee.

The day October 22th 1965 the information that the positions of Pleiku was being attacked by North Vietnamese troops and was ordered to General Harry WO Kinnard to mobilize part of the 1st Division of Air Cabellería based in An Khe to meet received three missions:

-Strengthen US and South Vietnamese defenses of Pleiku.

-Reinforcing the II Corps and with it…

-Provide Assistance to Plei Me.

At 17:30 a column was attacked at two points by the EVN and asked for support of the 1st Brigade after ten minutes the helicopters were in the air and released unit.

The day 25th camp Plei Me was also released and the Vietnamese retreated into the mountains. The reaction of the Air cavalry was so fast and forceful that own general William Westmoreland moved Military Assistance Command Vietnam to the front and gave permission to Kinnard to accomplish more missions search and destruction.

The outputs of the 1st Air Cavalry Division occurred throughout October and November:

On November 1st a column detects much activity in a vault of foliage to 12 km of Pleiku. Reinforcements are requested and also attends the 1st Brigade that surprises the enemy and causes 78 dead, 57 prisoners and the capture of a field hospital, reserves of blood and dozens of boxes of medicines (penicillin) and anesthetic (morphine) piled up chest height.

On 3th November the Ninth Cavalry acted in mountains of Chu pong mounting an ambush. They held until it passed the vanguard without discovering them and then blew nine mines and lassoed on annihilating Vietnamese. 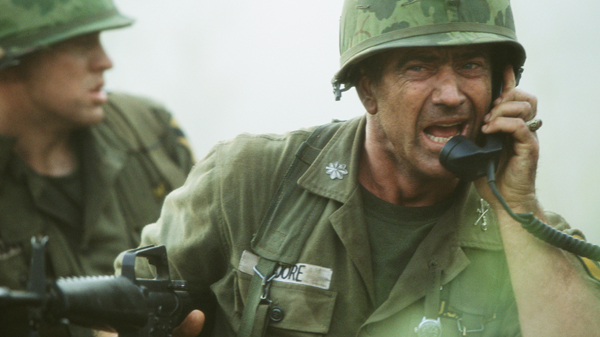 On 9th November the First Brigade is relieved by the Third Brigade under Colonel Thomas W Brown with the regiments First, Second and Seventh Cavalry supported by the Second battalion of the Fifth regiment.

General Kinnard feared that the successes so far are not repeated again; so he ordered his men to intensify the actions and commanded the Third Brigade perform reconnaissance missions south and surdeste. Intelligence reports to puntaban to the Thirtieth Third Regiment of the EVN and Thirty second had retired to the valley of Ia Drang River and were reorganized and receiving reinforcements. 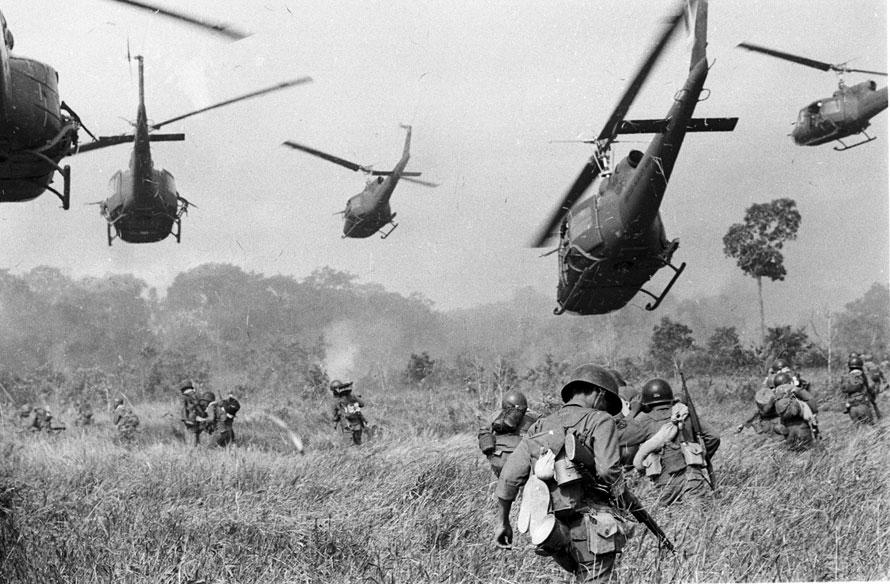 On November 14th Colonel Brown decided to mobilize the First Battalion, Seventh Cavalry commanded by Lieutenant Colonel Harold G Moore to the valley of Ia Drang, specifically at the foot of the massif Chu Pong to locate and destroy the bulk of Vietnamese forces that by the time they had managed to avoid fighting. The battalion of Moore only had 16 transport helicopters and all the artillery support it had to provide batteries of 105 mm placed on Landing Zone Falcon (ZAF), 9 km of the area X-ray ( "X" in the alphabet NATO phonetic X-rays or X-Ray is spelled in English). Moore set the Zone X-Ray 10 km west of Plei Me so that the helicopters do not employ too long to return with reinforcements.

At 10:17 pm on November 14th batteries of the Falcon zone began to saturate the area with a carpet bombing. Meanwhile the helicopters fired rockets half in the first 30 seconds. Company B was the first to land and secure the perimeter they followed the A and C. 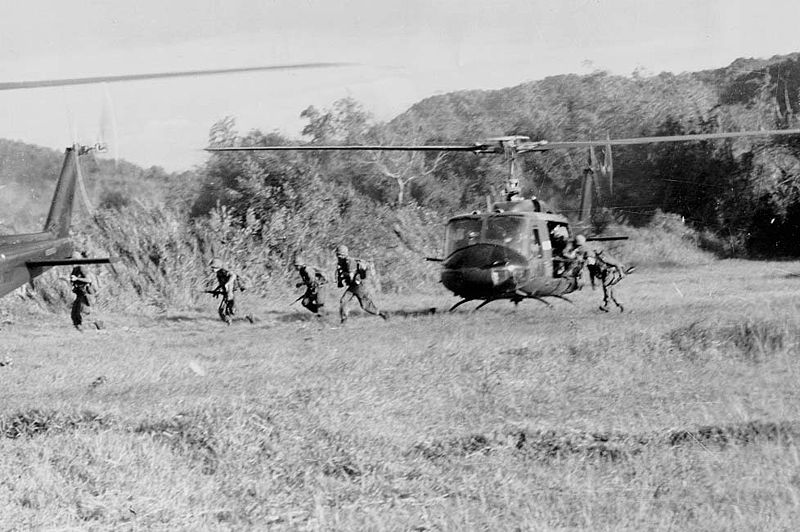 Although at first the zone seemed calm soon they began firing Vietnamese man and helicopters from their positions in the weeds and mounds. The fire was so strong that the Americans had to stay in their landing zone, a section that had gone ahead was surrounded by Vietnamese forces and could not retreat, Moore ordered to the following helicopters that saw with company D not to take land for avoid offering a static target, the soldiers had to jump ashore from the apparatus, the Vietnamese managed to reach several machines although not tear down any; finally companies A and B retreated and had to leave their fate to a section of the company B that had been isolated in a hill.

The helicopter pilots were desperate to see how they should remain perched more than necessary by the slowness of some to jump to ground or to climb to the wounded. A pilot and recalls the tension:

Orange One aborts landing. The fire in the ZA is very intense, said a driver from the X-Ray. The Orange patrol turned and we follow. On the radio they not heard but screams. From the ZA the pilots of the two aircraft said they had been achieved. It was an impressive hubbub! Finally we heard that Yellow One said taking off and we saw the smoke while the crews of two aircraft climbed achieved in other Huey. A crew chief stood there she had died. There was another injured pilot. 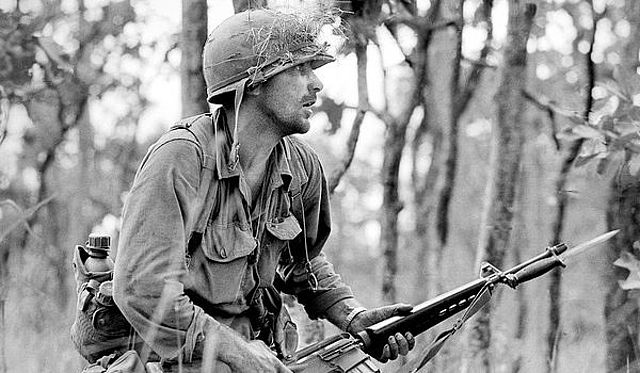 At 13:30 EVN men had managed to corner the Americans, make dangerous the arrival of supplies and the evacuation of wounded and had a section on a hill full of dead and wounded and about to fall. However, the firepower of US artillery played a major catastrophe to prevent mass stop attacks launched by Vietnamese and protect with a fire wall to the lost section of the paper hill.

At past 13:00 Lieutenant Colonel Colonel Moore and Brown were already aware that this was an important battle and that the Vietnamese sought to end that battalion. For that reason reinforcements were sent, but they did until 18:00 when another company of the Second Battalion, B, landed in Zone X-Ray At that time the intense fire that had kept the Vietnamese was ceasing and concern succor lay in the isolated section. They knew he had lost 12 men, 8 others were wounded and only seven were firm. 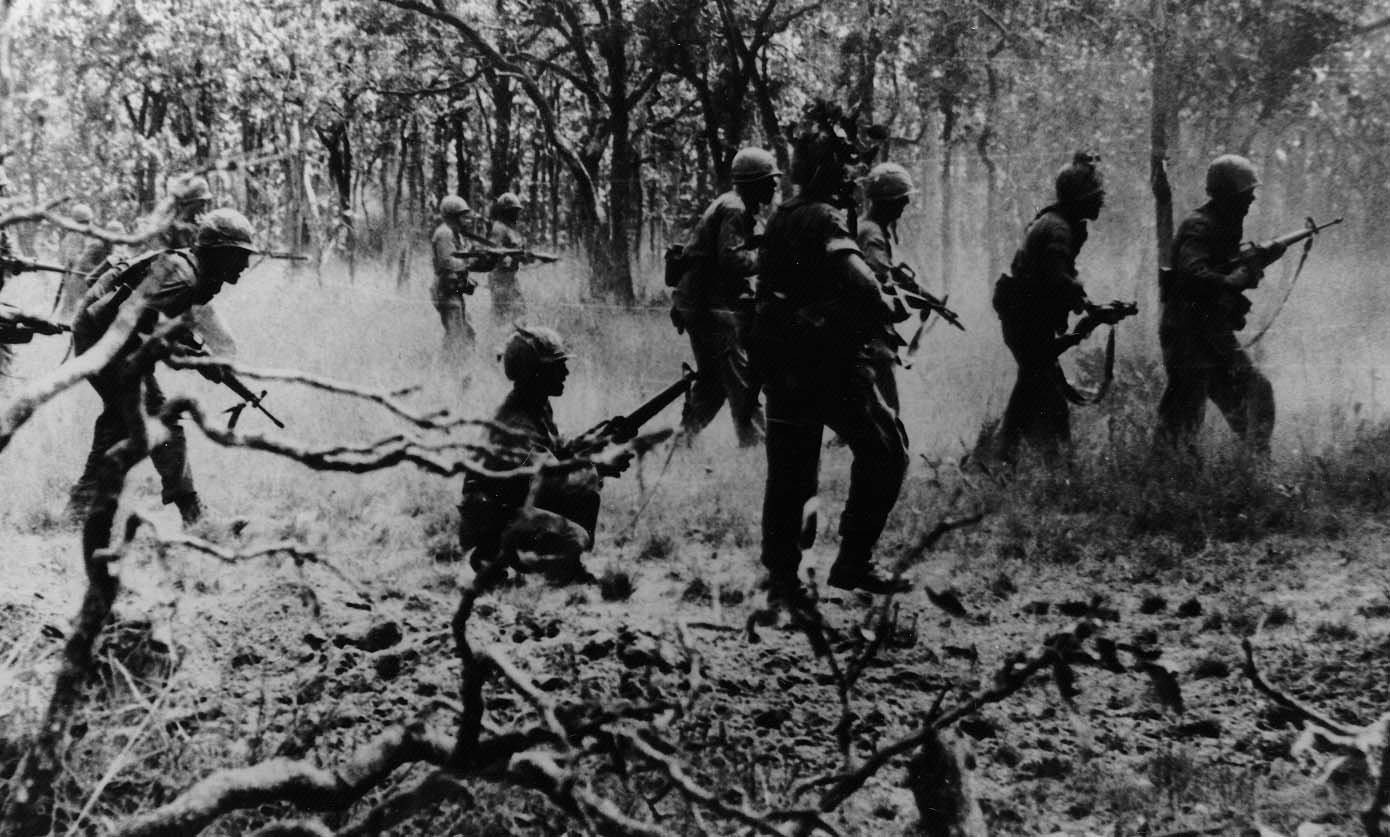 The attacks continued for several hours until at 10:00 on November 15th fire power deployed Vietnamese had evicted from their positions.

At 12:00 came the relief by the Second Battalion, Fifth Cavalry.

At 9:30 of the next day (November 16th) the second battalion of the Seventh Cavalry relieved the remainder of the first. raids by the Chu Pong Massif continued by the Third Brigade until day 20 and 26 was relieved by the second. 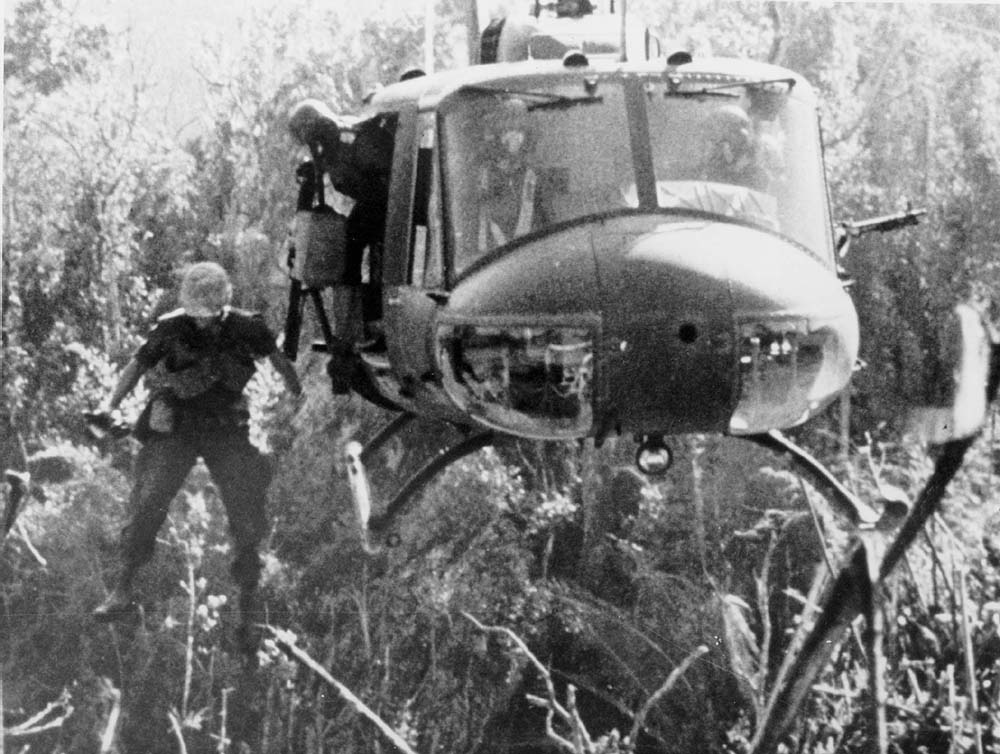 The operations carried out in Ia Drang showed the correctness of the new airmobile strategy and would mark the beginning of a war concept which remains valid until the next century.

The battle in the Ia Drang Valley was filmed by Randal Wallace in 2002 with the title We Were Soldiers taking Mel Gibson starring in the role of Lt. Col. Harold H. Moore.

It is based on the book 'We Were Soldiers one… and Young' written by Moore himself when he was retired Lieutenant General in collaboration with the only journalist present at the battle, which became a soldier, JL Galloway.