If you see this grenade… run!

Kimera is the name of the grenade of the moment. Legend has it that grenade is the fastest way to reuse the market, we have again and you're going to try. The grenade is ready to run on green gas, not CO2, especially Duel Code 134. Also as with the GBB must take into account weather conditions and extreme heat have very present. 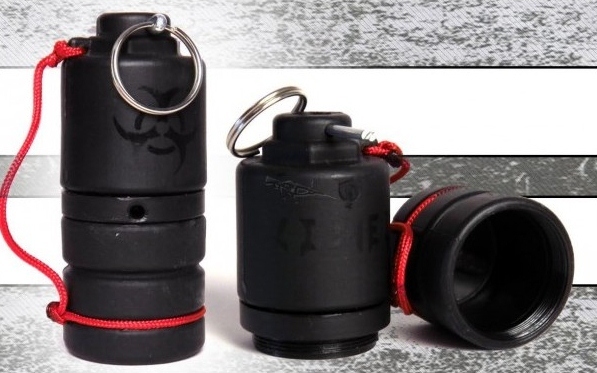 The mechanism of the grenade is quite simple, consisting of two parts, one of them have the red plunger, which we have gone down and subject to the ring to load the grenade, and the other part a small "bowl" where we can put some safe and fine powder to improve the experience offered by us and giving a touch a bit more realistic, but beware, not llenéis with bbs. 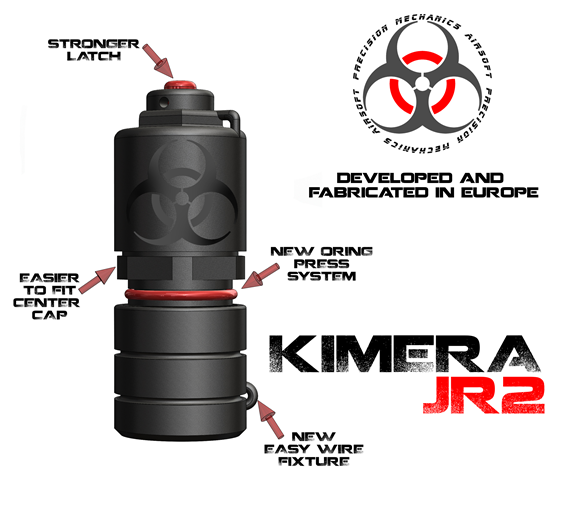 The new version of the Kimera JR grenade has been improved both performance and reliability. This new version has all the advantages of the previous version while correcting its weaknesses. His new anchoring system makes it even easier and faster to assemble. We have also reinforced parts that suffer most from the impacts and added a cord clamp to facilitate the collection of the grenade after detonation. 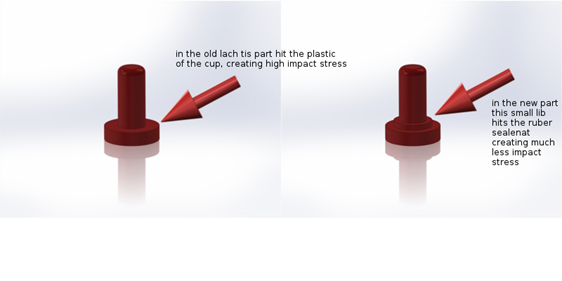 The new cap design  reduces the pressure that supports preventing the piece breaks.

It remains compatible with the anchoring system for MOLLE: 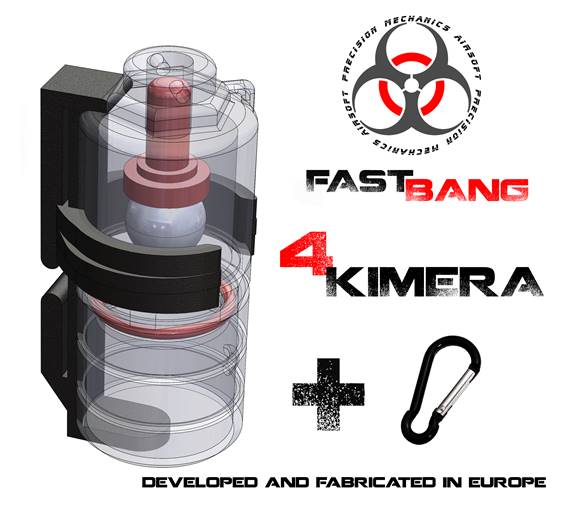 Along with the new version of Kimera sa new system will be launched to convert the Kimera grenade in a landmine: 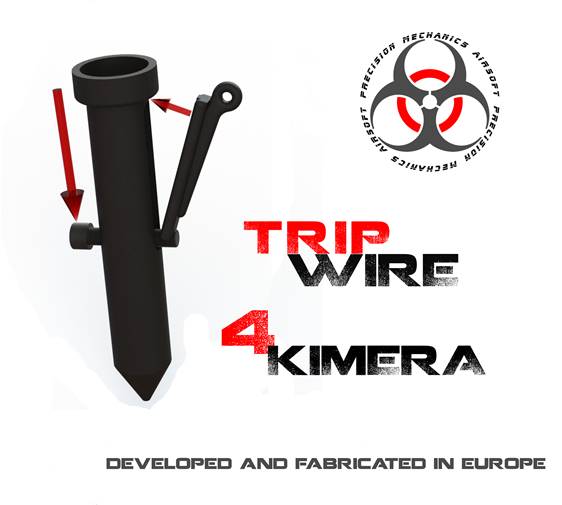 The gas charge should range between 2 and 3 seconds for the proper functioning of grenade.

It is a very safe grenade but it is not to say that being material when handling airsoft use goggles with appropriate regulation is required.

It is a product manufactured in the UE, and Skwairsoft (distributor) have parts in the event that any part of the greande broke.